Ukraine agrees with the EU on its carriers 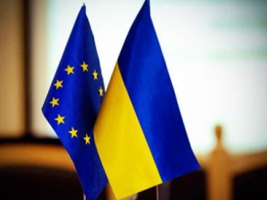 Within the free trade zone agreement with the EU, Ukraine still discusses the issue of approaching EU market by Ukrainian carriers.

Vadym Kopylov, First Deputy Minister of Economic Development and Trade, said: "We want our carriers to have normal rights in the European Union. And we are fighting for it".