UEFA: About problems of Ukraine to Euro 2012 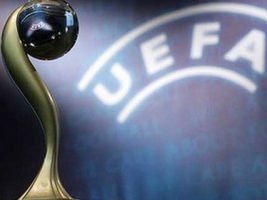 Martin Kallen, the chief operating officer of the European Football Union (UEFA) said that the organization was passed about some problems in Ukraine concerning Euro 2012 preparation.

"First of all this is connected with infrastructure. However, in comparison with the previous Euro, in Switzerland and Austria, Poland and Ukraine have been invested in construction and reconstruction a lot more.

Also, there are problems with hotel rooms in some cities. But I am convinced that the solution will be found. Ukraine is a vast country, which is 15 times larger than Switzerland.

As to the roadways, they are still being reconstructed, but the problem with the roads that do not meet high standards really exist. In Poland, thanks to EU funds, the condition of roads is at a higher level", - Kallen said in an interview with Swiss newspaper "Berner Zeitung".

According to him, it's made only 10 percent of the plan. But he adds that we have more five months before the start of the championship.

[Infographic] The True Annual Cost of Owning a Pet

Apartments for rent in Kyiv