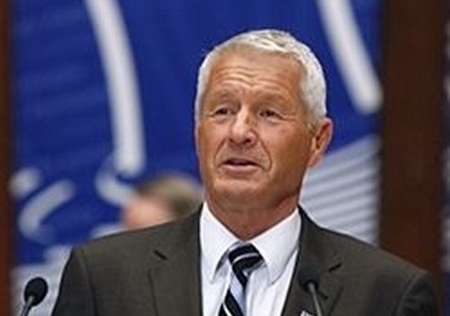 Eugenia Tymoshenko told Thorbjorn Jagland, Secretary General of the Council of Europe, about the politically motivated persecution of her mother. The meeting was held yesterday, January 24, in Strasbourg. It was also attended by the deputy head of Batkivshchyna Party, former Deputy Prime Minister Hryhoriy Nemyria.

Jagland harshly criticized the current Ukrainian authorities. "The events in Ukraine are developing in the wrong direction that poses a threat to your country's development and its European integration", - he stressed. "The situation is completely unacceptable", - he added.

Eugenia Tymoshenko told Jagland about her mother's health and the conditions of her detention in jail.

On Monday, Eugenia Tymoshenko spoke at a meeting of the European People's Party (EPP) in the Parliamentary Assembly of the Council of Europe (PACE).