Tymoshenko Thanks Merkel for the Doctors 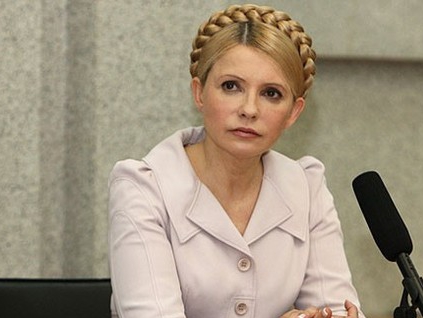 Tymoshenko's defender Serhiy Vlasenko said that Yulia Tymoshenko thanked the German government and Chancellor Angela Merkel personally for their willingness to give her medical assistance.

According to the official site of Tymoshenko, Vlasenko said: "Tymoshenko is moved by the message of the German doctors, who, through the German Ambassador to Ukraine, communicated their willingness to give her medical assistance. She is grateful to the German government and personally to Chancellor Angela Merkel for the decision".

Vlasenko noted that Tymoshenko publicly confirmed her consent to have a full medical examination made by the German doctors.

Moreover, the defender says, Tymoshenko does not mind if Ukrainian doctors she trusts are included into the commission together with the German experts. "However, not the doctors who have disgraced themselvles with the participation in the false Health Ministry commissions, but real experienced doctors - for example, neurosurgeon Professor Mykola Polishchuk. It is natural that Yulia Tymoshenko, like any other person, trusts those professionals who remember the Hippocratic oath, and do not fulfill Yanukovych's every whim", - he said.