﻿Yanukovych Wrote a Letter of Thanks to a Schoolgirl 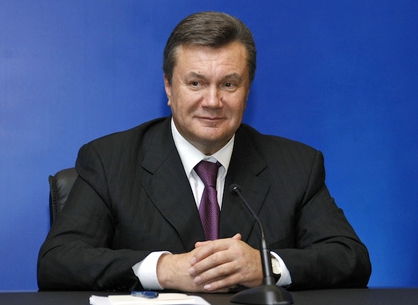 ﻿Viktor Yanukovych thanked Olga Shenderuk, a second-form schoolgirl of School 3 in Balta, Odesa region, for the courage shown by this little girl in the fire, and for the rescue of her little sister.

"I am proud of your deed, which is an example of courage and bravery, not only for your peers, but also for adults. I wish you success and the best  prospects in life, and to your whole family - good health, happiness and harmony. God bless you", - wrote Yanukovych in his letter to the schoolgirl.

On January 20, one of the houses in Balta caught fire. There were two children inside - nine-year-old Olga and her ten-month-old sister Sophia.

The girl heard crackling in the hallway, and, when she opened the door, she saw fire and smoke there. The schoolgirl did not lose her courage, but grabbed her sister and jumped out the window. Olga then told her neighbours about the fire, and they called the firefighters.