Ship with Ukrainians sank off the Turkish coast 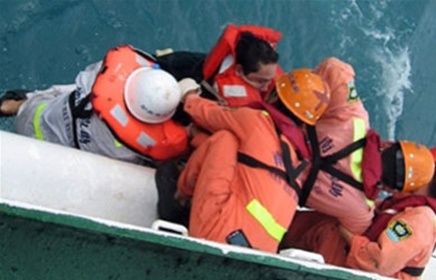 After the accident, three people were rescued: the second and third mates, and the ship's cook (female). The search operation has been continuing.

Crew members after a Cambodia-flagged freighter ship, sailing from the Russian port Rostov to the Turkish Aliaga loaded with scrap metal, consisted of 10 Ukrainians and one Georgia.

The accident soutce of the 114-meter vessel has become a violent storm off the coast of Turkey. SOS signal was received at 19.30 local time. Cargo ship, got into a violent storm, quickly began to draw water at the bow and within two or three minutes had sank.