The using of Graphite: New Perspectives 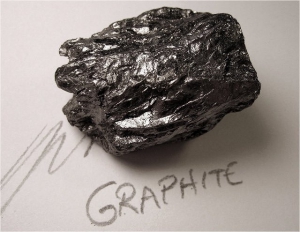 Such a familiar thing as a pencil core is made of a carbon derivative - graphite. Graphite is an excellent conductor of electricity, and, in everyday life, in the process of graphite friction, we get a drawing on paper. Such properties of graphite are due to the special structure of its crystal lattice.

Graphite is one of the few substances that can withstand temperatures up to 1000 degrees Celsius and it will therefore be a key component of a new-generation nuclear reactors. Natural flake graphite is used in new technologies, such as graphene, which is now used in the testing of the Large Hadron Collider, as well as in the manufacture of lithium ion batteries, in fuel cells, in nuclear and solar energy production units.

Graphite is a natural material, the value of which in the modern industry is difficult to overestimate. Natural graphite of high quality is offered to you by Zavalyevskiy Graphite Company - a monopolist in the European part of the CIS and Ukraine for the manufacturing of graphite products.

Stanford found a new way to transform graphite into diamonds

The using of Graphite: New Perspectives